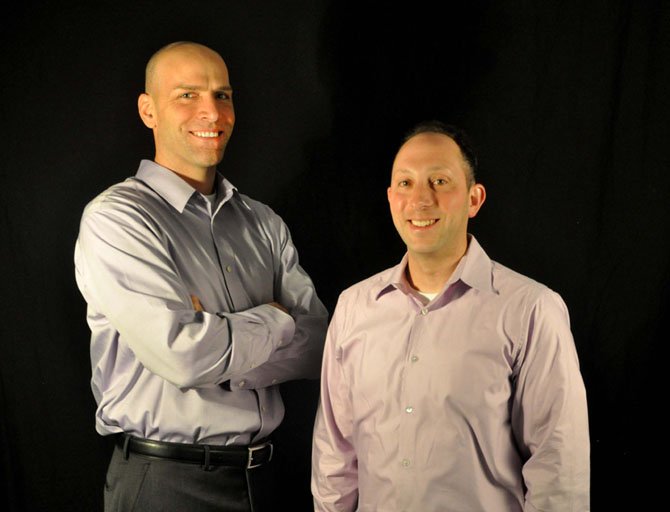 Educators Gregg Greentree and Dan Harris created an SAT prep seminar to help students pass a test that’s important to their college aspirations. And so far, so good.

“Our first four sessions were fantastic,” said Harris. “The feedback was tremendous, and the response drove us to offer more sessions. It’s gotten really good reviews from both parents and students, and a lot of kids told us their test scores went up dramatically – 60-100 points.”

Westfield junior Ben Wu attended Turbo Tutoring’s Sept. 29, 2012 seminar in preparation for taking the SAT this year. And he’s glad he did.

“I’d taken an SAT prep before that wasn’t much help; they just tell you to go over certain questions, but don’t tell you test-taking strategies,” he said.

But Turbo Tutoring was different. “It was really informative and useful,” said Wu. “It got into the ins and outs of this test. You have to study [the content] on your own, but they told us the common patterns of problems you’d see on the test.”

He said Harris and Greentree showed the class “how to attack [the SAT] and the best way to manage your time on each section — and it’s stuff you can’t figure out on your own. They researched it and really knew what they were talking about. They also give you review packets that I’ll use to refresh myself before I take the SAT in the spring.”

Now that Wu has these tips and strategies, he said he feels more confident about how he’ll do on the SAT when the time comes. He’d also recommend Turbo Tutoring to others. “It’s a great help,” he said. “And it’ll really make you comfortable with how to take this test.”

Parent Beth Tweddle of Centreville’s Virginia Run community was also pleased with the seminar. “I thought it was a good fit for our daughter, Morgan, who’s a junior at Westfield,” said Tweddle. “She felt completely prepared to take the test after just one session.”

Tweddle said Morgan considered the prep class “a great overview of how to strategize to best perform on that particular exam. Turbo Tutoring seems to have a really good program.”

Centreville — For high-school students, a great deal rides on doing well on the SAT test. But it can be both a daunting and an intimidating experience.

Harris is in his 16th year in Fairfax County Public Schools and Greentree is in his 17th. Harris has been a counselor all of his six years at Westfield, but obtained a master’s in both counseling and math education from UNC Chapel Hill and still helps students with math.

Greentree has a master’s in secondary education, with a focus in English instruction, from GMU. He’s been at Westfield since it opened, nearly 13 years ago, and teaches freshman honors English, plus a class of English to juniors.

“Dan and I had been working with kids, separately, for years,” said Greentree. “I did private SAT tutoring and charged far less than the market average. One kid’s SAT score went up 100 points and more people started coming.”

“I felt people were overcharging for this, and I didn’t think it was fair that the cost should be a barrier to education,” added Greentree. “And I knew significant parts of the population needed access to the instruction, but didn’t have the money.”

So he and Harris discussed it and decided to pool their expertise in math and English and develop their own SAT prep class to reach as many students as possible. In addition, students attending other prep classes go once or twice a week for two or three hours at a time.

“Ours is just one, two-and-a-half-hour session on a Saturday,” said Harris. “Kids in this area are very involved in sports, clubs, band, theater, community service, etc., and don’t have a lot of time. So our class is rapid-paced and packed with information. Kids can come to one session and be done with it.”

The two educators created their program, Turbo Tutoring, last summer and 70 students attended their first four sessions in the fall. It’s open to all students in public and private schools in seventh through 12th grades. But it’s mainly geared toward juniors and seniors because they’re the ones taking the SAT.

“We tell them how to eliminate answer choices and move through the test sections quicker,” said Harris. “And we talk about styles of questions that repeat on the test.”

They also do a PowerPoint presentation and let students see what kinds of questions they’ll be seeing. And students receive a packet of information, including handouts of the PowerPoint, that they may take home.

“The class is interactive; we don’t just lecture,” said Harris. “It’s class participation, Q & A and more conversational. And at the end, we give them take-home questions, plus additional things to practice, such as similar-type math questions. We also tell them which SAT prep books are most helpful in preparing for the test.”

“People in education are there to help kids, and it’s a wonderful feeling to be able to give them a positive outlook about a test that scares so many people,” said Greentree. “We look at the most common kinds of questions and the most common kinds of mistakes that people make. For example, most people don’t know how to use a semicolon, so there are semicolons all over the test.”

He said the SAT test presents questions containing the errors people often make, such as subject and verb agreement. “So we teach students what these errors are so they won’t make them, themselves,” said Greentree. “When I was in grad school, I took a class about test-writing, and it put a human element in testing, for me, and informed the way I looked at tests as both a teacher and a tutor. It was noticing the nuances between the answers — for example, whether they’re long or short and have more or less punctuation in them.”

He and Harris “boil it down to the essential, test-taking skills that enable students to finish the test in a timely manner,” said Greentree. “There are even advantages in filling in answer bubbles faster and using a sharp vs. a blunt pencil. And these things have nothing to do with content. Most kids are scrambling to finish, but ours usually have time left at the end of each section. The SAT is a huge endurance test, so our approach helps kids to be rested and refreshed between the sections.”

“We build kids’ confidence, making them feel sure they can do this,” added Harris. “A lot of it is knowing what to expect; and that, in turn, leads to better results. We also give them verbal strategies in class that aren’t on the handouts.”

He said their seminar isn’t trying to compete with the larger corporations offering their own versions of test prep. “We’re trying to reach a different niche — kids who want a one-time seminar at a much-cheaper price,” said Harris. “And in turn, we’re donating money back to the community by giving one scholarship annually to a student who takes our course.”

Furthermore, they’ll donate one free seminar at community fundraisers and will contribute money to the organizations of a school from which they’ve received many students.

“I really like helping kids feel more confident about a test that’s such a huge factor toward their getting into college and creating an affordable, quality experience for them and their families,” said Harris. “Ultimately, if their children do well on the SATs and get scholarships, that’s less of a financial burden on the parents.”

Calling the SAT test a “giant hurdle” for many students, Greentree said, “Our seminar makes them realize it’s something they can conquer and do well on. It helps them see things they may not have seen on their own. It also demystifies the test and can help them get into the college of their dreams. And for me, that’s incredibly rewarding – that’s a great feeling.”

To sign up for the seminar or learn more about it, go to www.turbo-tutoring.com. The next session is Saturday, Feb. 9, from 9:30 a.m.-noon, at Westfield High.

Are you interested in a private session with Turbo Tutoring? We can coordinate a seminar that’s more convenient to your schedule. Click here for more information about a one-on-one session. 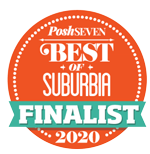